The palace displays notable works of art in the form of wall paintings.

Darbargadh Palace, situated in Jamnagar city, was initially built in 1540 AD; the construction went on intermittently leading to a final masterpiece of history and architecture possessing both Rajput and European influences. It is located to the east of Chandi Chowk in Jamnagar city. Jamnagar (earlier known as Nawanagar) was founded by Jam Shri Rawalji in 1540 and Darbargadh came to become their first place of residence. Rawalji originally belonged to Kutch. The palace complex is semi-circular in shape, and the area thus created outside was earlier used by the kings to address the public.

A section of the structure, belonging to the older times, is called Tilamedi. It is said to be the place where the crowning ceremony of kings used to take place. King Rawal's throne, sword, dagger and spear are also kept at the Tilamedi. The palace displays notable works of art in the form of wall paintings, decorated mirrors, ornate pillars, sculptures, stone carvings, fretwork and so on. The detailed manner of its construction makes it a very important monument, especially for the lovers of history and architecture. Earthquake of 2001 has damaged some parts of the palace, still the place retains its grandeur and beauty. 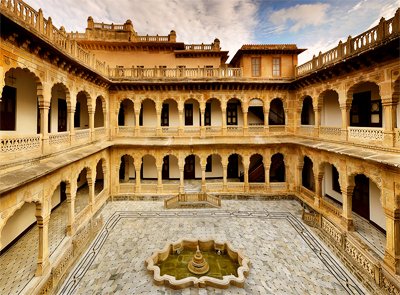 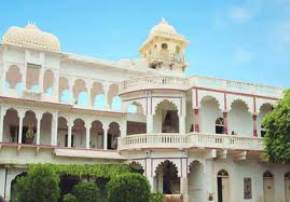 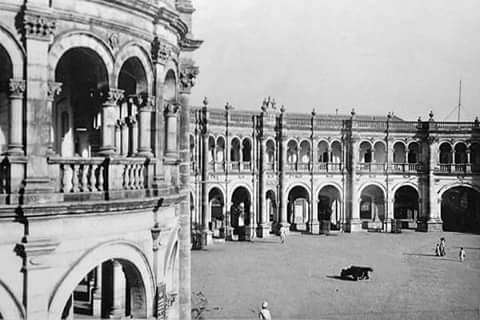